Save 15% On Ice Castles Tickets!

Use promo code "happykids" to get 15% off tickets! Not to be combined with any other offer or discount
View

Disclosure: I received tickets in exchange for a post. The opinions are all 100% my own. 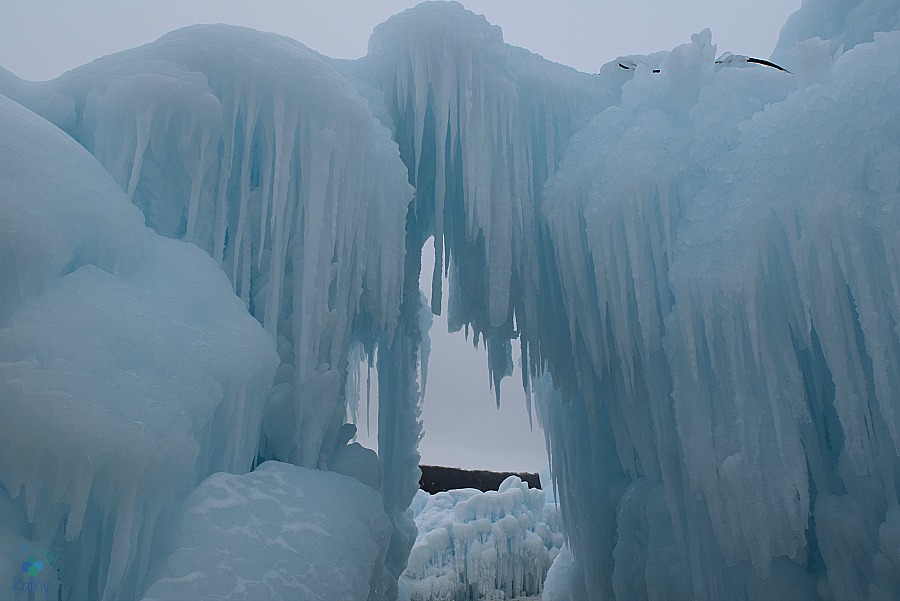 I’m not the biggest fan of winter, but there are some activities that I love that can only be done in winter. One of those is being able to go sledding with my kids. That is always a blast. You can’t do that without snow either, so I brave the cold so that I can slide with them every year during winter. Another thing that I love, is being able to go to the Ice Castles. I think this is a must see if you haven’t been to one yet. There are not many built around yet, but if you do get a chance, I’d highly recommend it.

They recently build an Ice Castle in Stillwater, MN, so I was able to take my family to that one. We’ve been to the Ice Castles before, just not the one in Stillwater. It’s nice to be able to check different ones out. Even though they may all look the same, there are some things that are different from each of these Ice Castles. 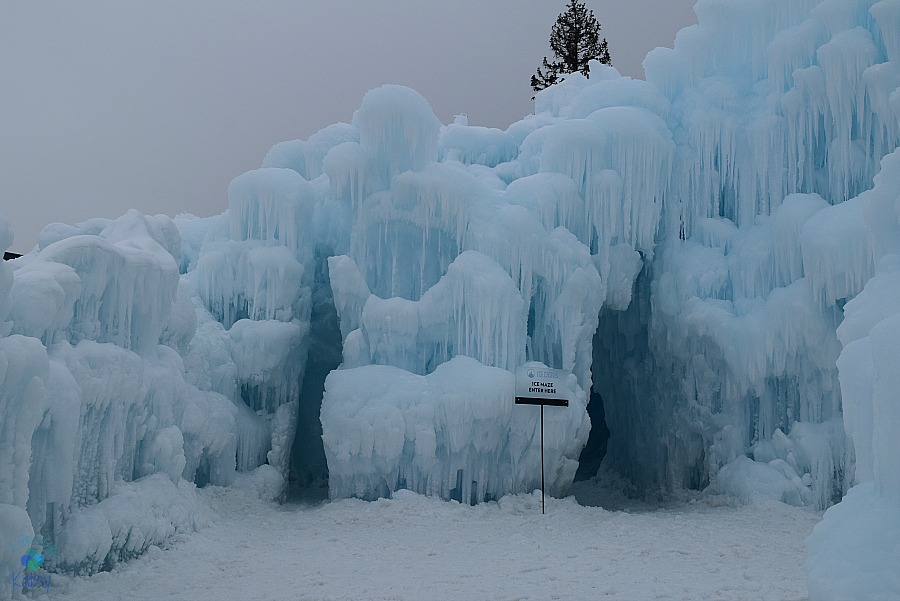 One of the things we saw there that we thought was neat, was the Ice Maze. It was a maze that had areas to walk through and even some tunnels you’d have to crawl through. It was a lot of fun going around the maze. 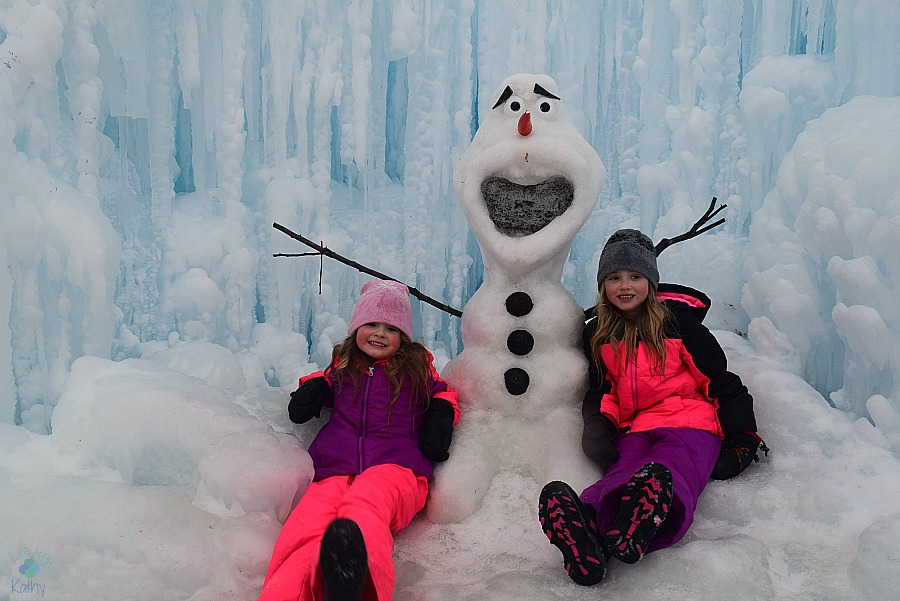 We even saw Olaf there! My girls were excited to see him there. They wanted to take a photo by him so I made sure to do that. I think it’s great when they make these because my girls really enjoy them. There were a couple other snowmen I saw around before you entered the Ice Castles too. I think it makes it more special for the kids to be able to see them. 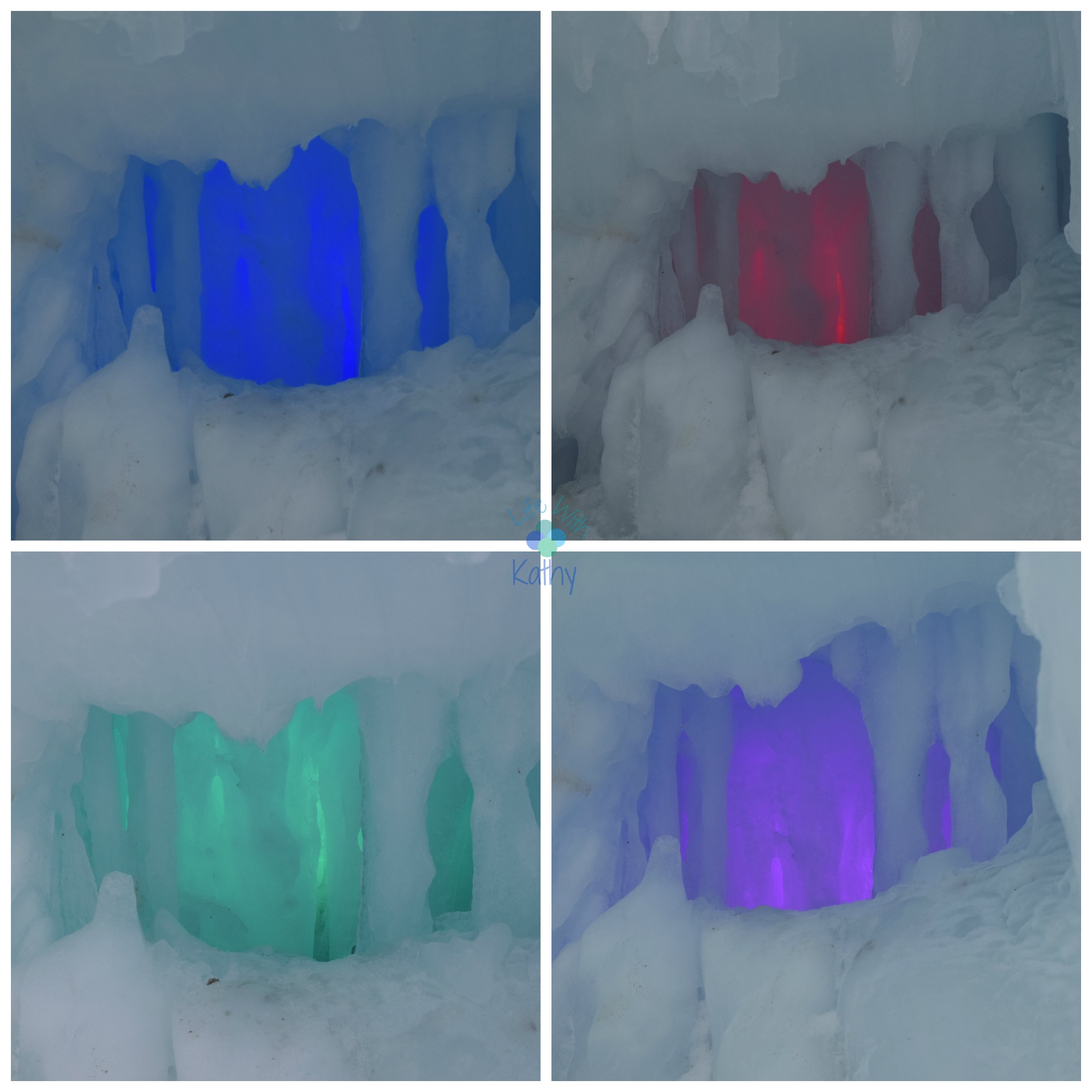 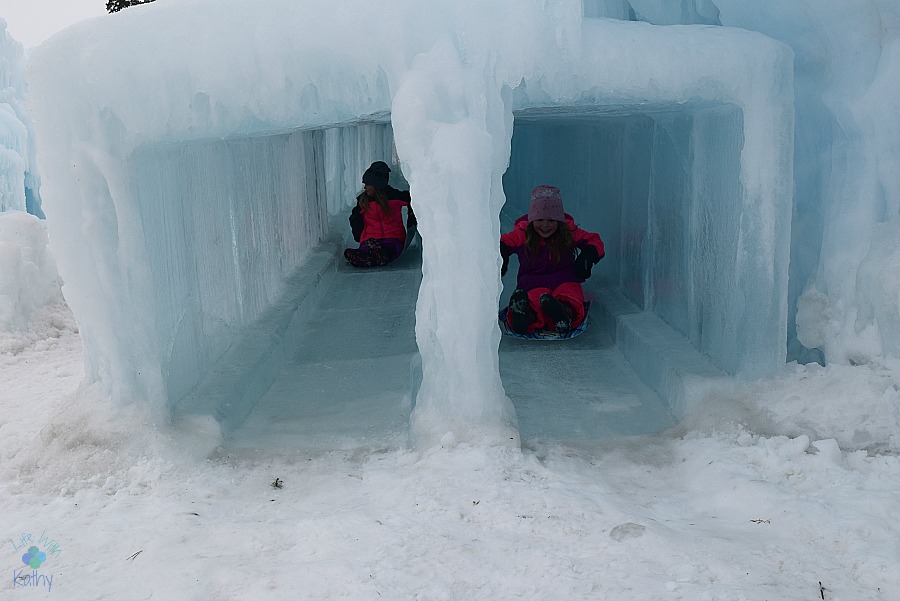 My daughters had so much fun going down the slides that were build. You had to crawl through a tunnel to get to the top of the area where you could slide down. Then they were able to take these slides all the way down the ice. They loved that part a lot!

They also had these three smaller slides. Those were very enjoyable for my girls as well. 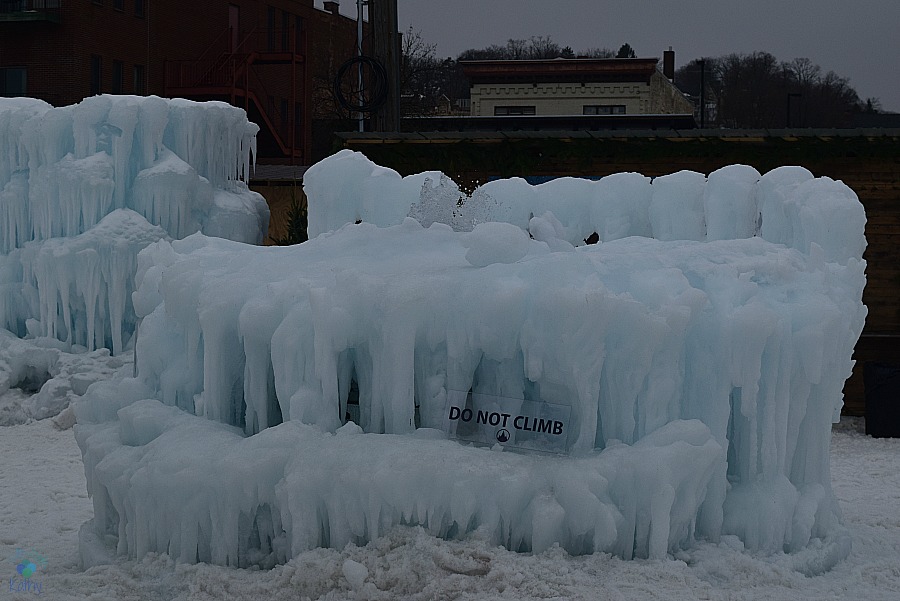 They even had a fountain. They had the ice all around it with the water coming out. My daughters really loved to see this part. I thought it was a great touch to the Ice Castles too. It’s always nice to be able to see a fountain. 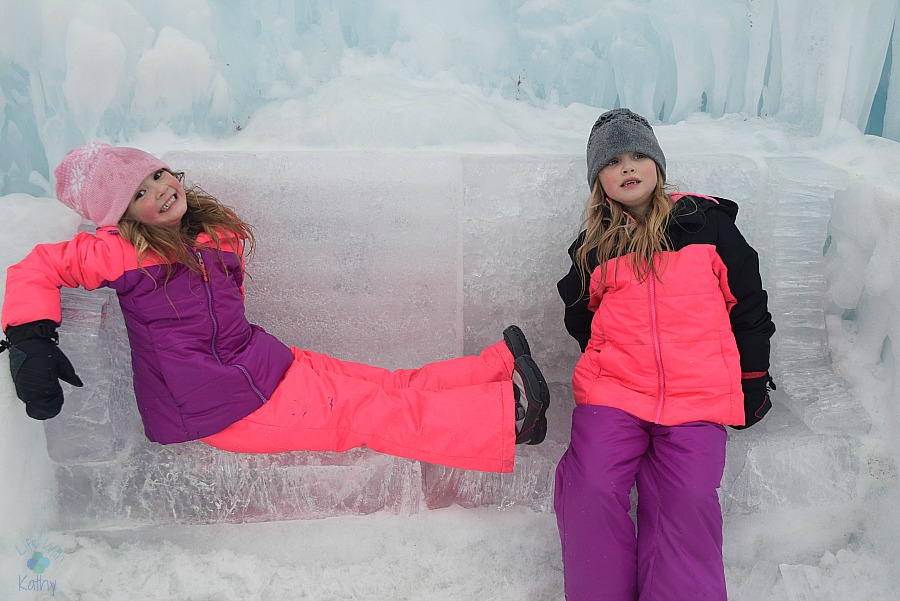 They even made a bench with ice. That was certainly awesome! My girls were able to sit on the bench and get a nice photo take. I thought that was wonderful that they made this bench. 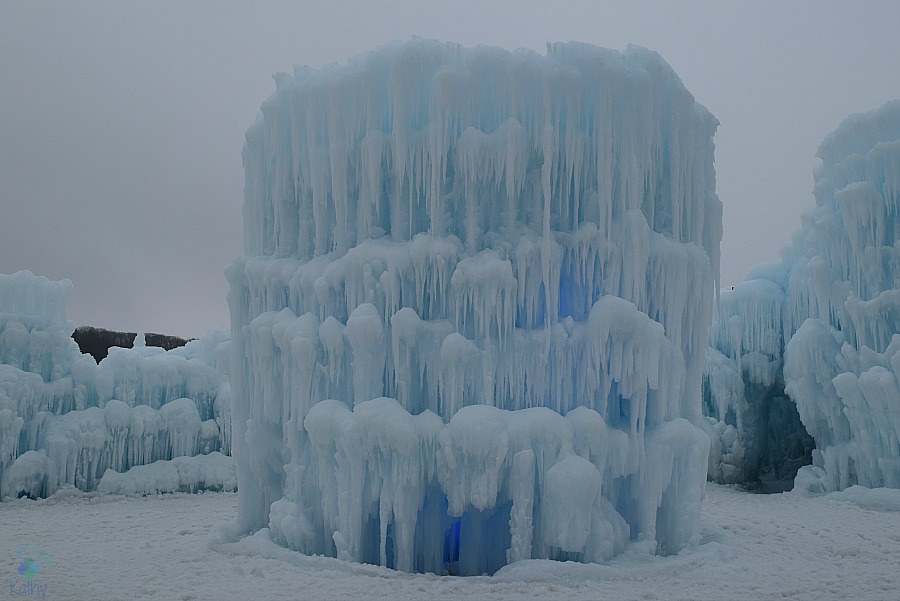 The photo above is one of my favorites. You can see a bit of how it’s starting to get lit up with blue. You’d really be able to see that if it were darker out. I also love the way the icicles were hanging on this piece. I thought it was very beautiful. 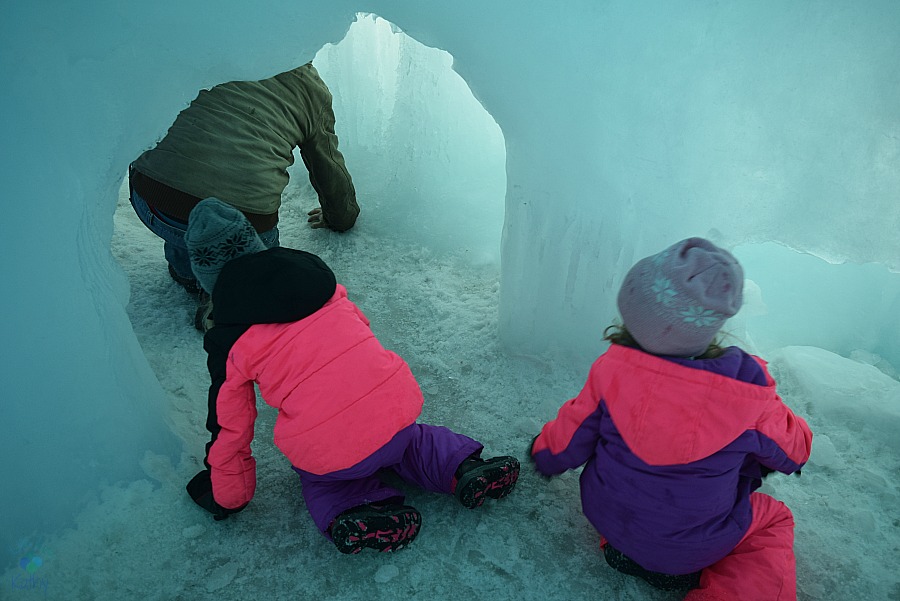 You can see one of the tunnels we went through. There was plenty of room to be able to get through those tunnels. It’s also a ton of fun to be able to crawl through them. My girls were having a blast with that. 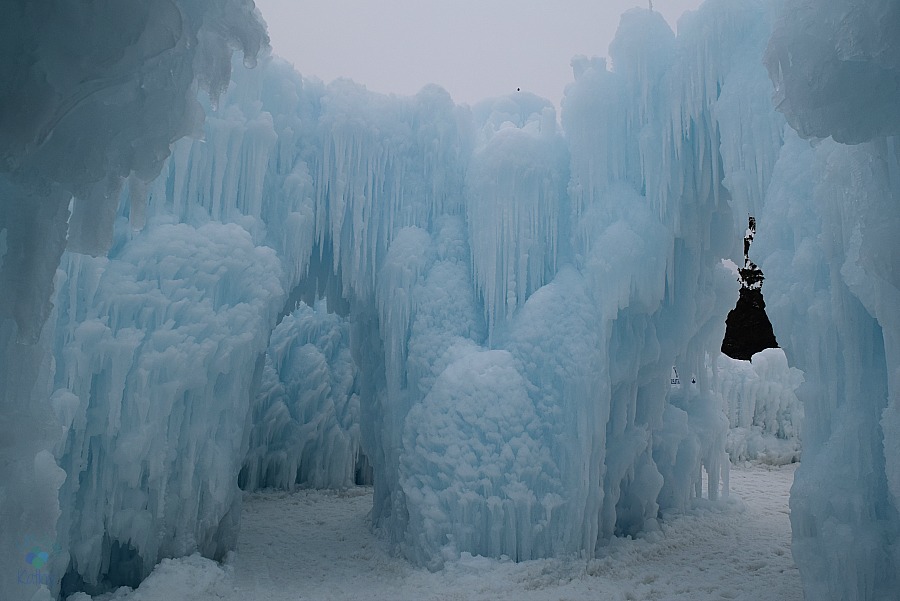 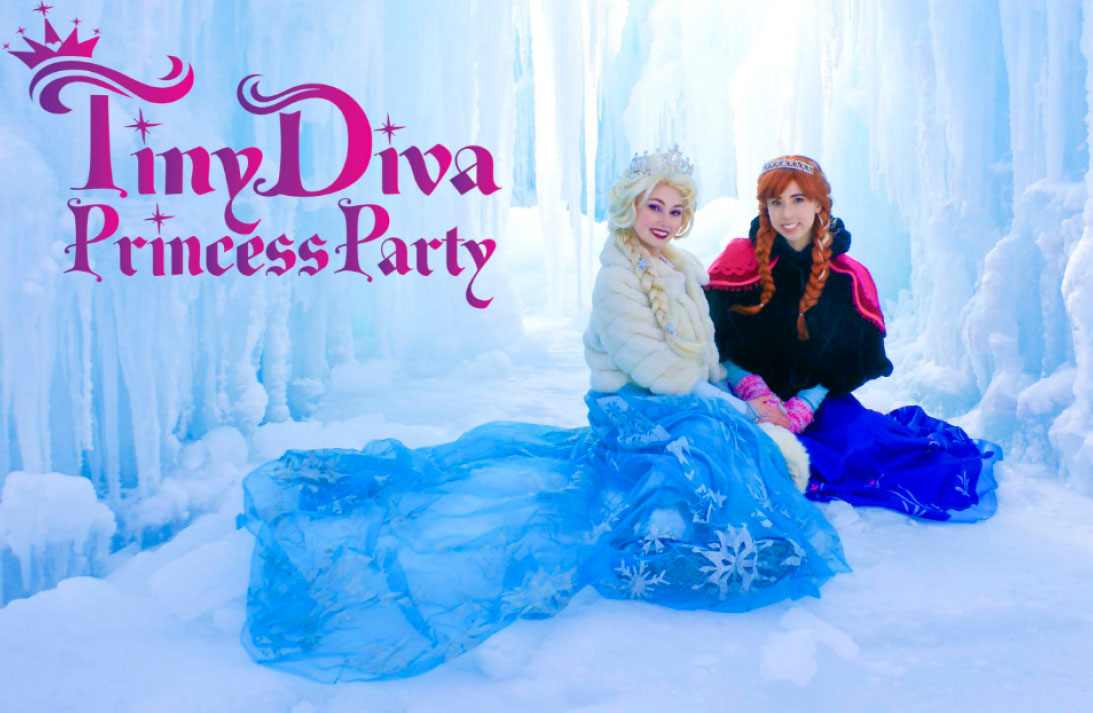 Meet the enchanted ice princesses and take a photo with them as you enter their frozen home. Princesses will be greeting guests outside the Ice Castles during the following times:

Princess will take breaks throughout the scheduled time, so please be patient and
understanding with this need.

*Appearances are weather dependent. On very cold days appearance times may be shortened or canceled. 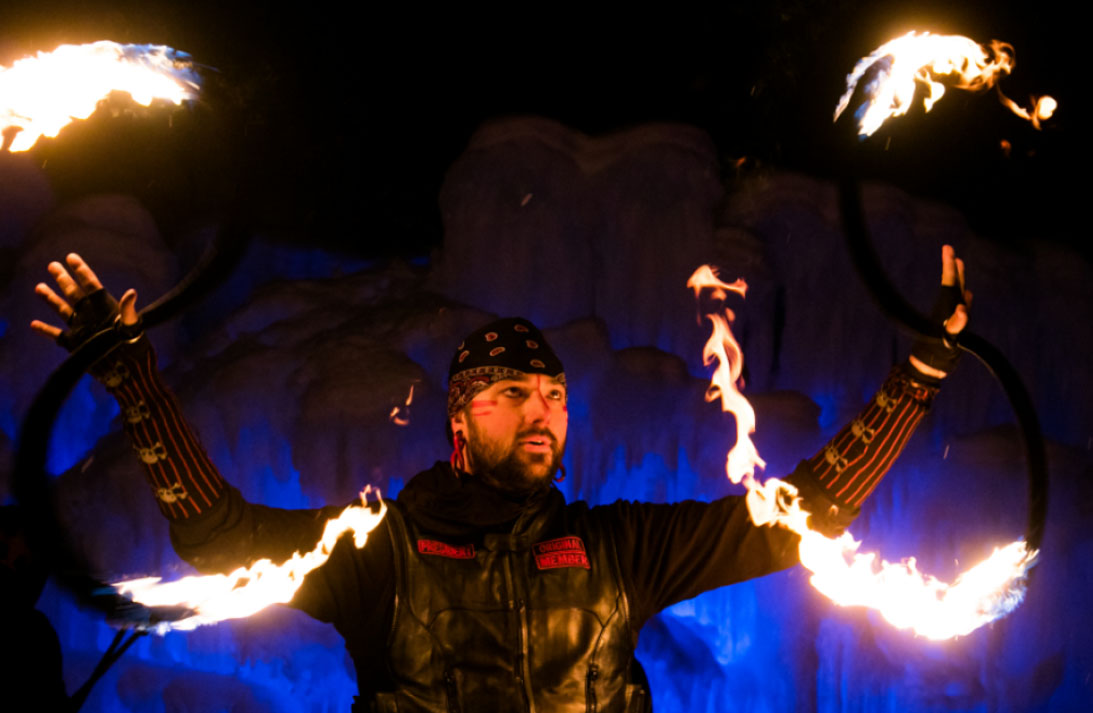 Enjoy a high-energy fire show before entering the Ice Castle! They will amaze you with a versatile and unique show using many different manipulation props including fire-breathing, spinning, hula, and more.

Have you ever been to the Ice Castles before? If so, what did you think of it?

Disclosure: I received tickets in exchange for a post. The opinions are all 100% my own.

Proud Member of The US Family Guide Network